Howard Milbourn, a long-time resident of South Bend, Indiana, was one of the first patients to ever stay at Briarcliff Health and Rehabilitation after our grand opening in 2014. During his life, Howard served his country in the United States Navy. After retiring from the service, he dedicated his life to working in plumbing and heating to provide a comfortable life for his wife and two sons. Having lived in South Bend, Howard is an avid Notre Dame and Chicago Cubs fan. While residing at Briarcliff, he has taken up stamp collecting, as well as reading John Grisham novels and National Geographic magazines. Howard’s favorite activity is working on puzzles. When he completes any of his puzzles he proudly hangs them in his room for all to see.

Sign Up for a Tour or View Our Virtual Tour

Sign up & we will be happy to show you around our newly renovated, state of the art facilities 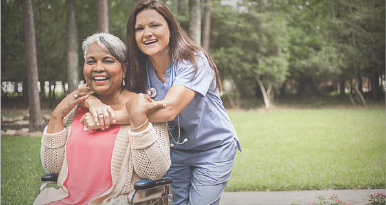 See what activities are available at Briarcliff.